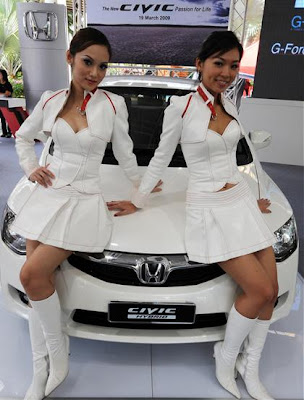 It is important that Honda now is jumping on a lithium train as well. Toyota's move into Lithium plug-in space has made time to the new market of EV a high priority for all automakers.


"This article is spot on the money about Toyota's motivation and now you can grasp significance of this development for Lithium market from few previous articles. Toyota has perfected the art of deception in Lithium space and can move very fast to the front line fighting back Nissan Leaf and GM Volt. It means EV mass market competition within next two to three years, low lithium battery prices and significant Lithium Demand."

Honda made it official today in Japan: It will put a new plug-in hybrid on the streets in the U.S. in 2012. And the next-generation Civic Hybrid will get a lithium-ion battery.

Honda has given mixed signals recently about electric cars. It has continued to push development of hydrogen without saying much about electrics.

Civic's new lithium-ion battery will likely be smaller, lighter and far more powerful than today's nickel-metal hydrides, which power most hybrids. It should give the Civic far better range, and possibly the ability to run for miles on electric-only power, a capability it lacks now.

The announcements came in a speech by CEO Takanobu Ito. Also:

•By the end of 2010 and continuing through 2011, Honda will roll out a battery-electric vehicle demonstration program in the U.S. with participants, including Stanford University, Google and the city of Torrance, Calif. Honda's U.S. headquarters is in the Los Angeles suburb.
•A new plug-in hybrid system for midsize to larger vehicles will be introduced in the U.S. market in 2012.
•Civic's new lithium-ion battery was developed through the Honda and GS Yuasa joint-venture company, Blue Energy."
Posted by Unknown at 5:31 AM

By introducing this hybrid model Honda is going to rock not only in Japan but may be all over the world.