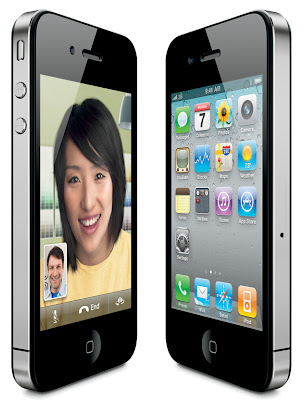 The world is going mobile and everyone wants stay mobile - we want to achieve this right regardless of Oil price and its availability. Now, we have technology which enables us to do so - our mobile communication devices and Electric Cars. What allowed this to happen is the drastic technological improvement of  the battery technology and the discovery of a very powerful chemistry based on lithium ion solution. Billions of dollars and years of research have manifested as iPads, iPhones and Electric Cars. 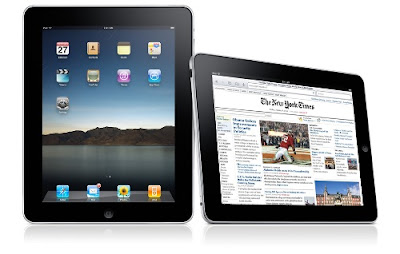 Have you noticed that every time you buy a new mobile devise you never use the same battery? This is because the battery industry is constantly adapting - Lithium ion batteries have become the industry standard for any mobile electronic device: from iPhones and Ipods to Notebooks and iPads. The larges demand for lithium will come from the electrification of our transportation system, and grid energy storage solutions to integrate alternative energy sources like wind and solar. We have a very powerful forces driving the new mega-trend: Peak Oil multiplied by Inflation. 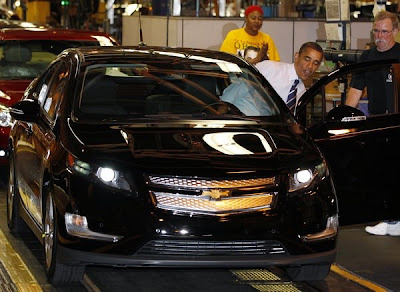 "The most important message is in the headline - you can now have your own "Home Gas Station" while you have electricity bills paid. We have the technology to survive the Oil Shock and it will be soon on our roads in numbers."

"Nissan Leaf is rumping up its promo campaign now:
I quit Gas! Ask me how - Nissan Leaf 100% Electric." 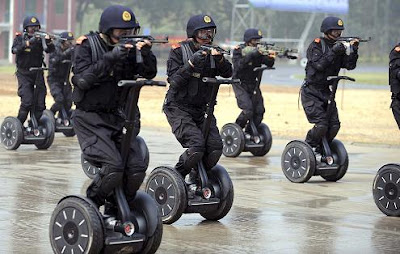 China will be a very important player in this market as well, with its planed-for-year-ahead approach  to get off from the Oil Needle. 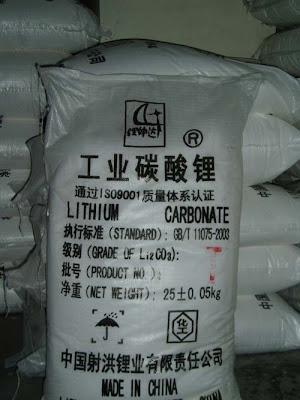 "As you know, we are going with our money where the supply chain begins in Lithium - with Junior mining companies.
It's much more risky, but the reward is based on a very high leverage of exploration and development plays in these micro cap companies. If our investment thesis is wrong or we chose the wrong company, the end game will be brutal to our investment outcome - therefore you have to know what you are doing. Today we will discuss our lithium hit list below: all these companies are in the Byron Capital Lithium Index and we own these stocks or have owned them before. The game here is based on the combination of the rising price of underlining commodity (Lithium Bull this time), multiplied by the developments in this particular junior: exploration discoveries and resource definition with strategic partners involved and up to the M&A as it happened with Salares Lithium recently.
As usual, please do not forget that we do not provide any investment advise on this blog."


Bloomberg:
Lithium Demand May Triple During Next Decade on Batteries, Orocobre Says
Lithium demand may triple in the next decade as consumers buy more portable electronics and battery-powered vehicles, said James D. Calaway, chairman of lithium miner Orocobre Ltd.
Global lithium demand of about 110,000 metric tons may double by 2020 solely from existing applications such as mobile phones and glass making, Calaway said yesterday in an interview at Bloomberg headquarters in New York. Sales to electric-vehicle battery makers will add 10,000 tons by 2015 before increasing more rapidly, he said.
“You could very easily see by 2020 the need to triple production or even more just to accommodate the auto sector,” Calaway said.
Orocobre will begin producing lithium in 2012 at its first project, Salar de Olaroz, atop salt flats in Argentina’s Jujuy province, he said. The company should become profitable the next year when output reaches 15,000 tons of lithium and 36,000 tons of potash fertilizer, he said. The Brisbane, Australia-based company may start pumping lithium-rich water from a second mine in Argentina in 2014, said Calaway, 53.
The second project, called Salar de Salinas Grandes, will boost Orocobre’s total annual lithium production to as much as 40,000 tons, making it the world’s fourth-biggest producer, Calaway said.
Toyota Partnership
Toyota Tsusho Corp., an affiliate of Toyota Motor Corp., is financing the $100 million to $120 million cost of Salar de Olaroz in exchange for a 25 percent stake in the project. Toyota also may market the mine’s lithium for Orocobre to Asian manufacturers, he said. Salinas Grandes may cost as much as $150 million and will be financed from cash generated by the first mine or with partners such as Toyota, Calaway said.
Prices for lithium carbonate, the processed form of the mineral used in lithium-ion batteries, are likely to remain in a range of $4,000 to $6,000 a ton, Calaway said. Prices fell last year as much as 20 percent from a peak of about $6,500 in 2008, and have climbed back to about $6,000, he said.
Prices may drop through 2015 if capacity increases faster than demand, Calaway said.
“We are managing our business with the assumption that it’s going to be fairly tough” through 2014, Calaway said. “And then I think we get into a fairly substantial period where you get very strong firming of prices. From 2015 through 2025, it is going to be a wonderful time to have low-cost lithium production.”
Orocobre’s cost of production will be less than output from lithium rock mines, primarily in Australia, that comprise 35 percent of global output, he said.
Orocobre fell 20 cents, or 8 percent, to C$2.29 yesterday in Toronto Stock Exchange trading.
To contact the reporter on this story: Jack Kaskey in New York at jkaskey@bloomberg.net.
To contact the editor responsible for this story: Simon Casey at scasey4@bloomberg.net."

At $14/share you spent lots of Blog time post after post talking about Lundin Mining then the investment went down to $1.00 per share. Three years later it is back to $6/share and a big announcement this week from DRC. Do you follow this company/stock anymore? Also the photo you posted with the armed forces riding Segways was very very funny. Also SQM has been a good investment, thank you for bringing it to my attention. Good trading to you.

Yes, we are back in Lundin Mining for a while now as well.

It seams to be only yesterday and it is so far away - we are living now in the "new normal", but old values are still here. Decoupling is happening these days after the financial crisis. Lundin Mining after years of waiting - and near death experience with stock price at one point below 0.6CAD in 2009 - has finally received approval of contract for Tenke Fungurume mine from DRC government.


As one our loyal readers from those days mentioned - we have spent a lot of time writing about this project. We came into it after the war in DRC, when Tenke mining was trading at 0.6CAD and we have seen it sold to Lundin Mining at above 20CAD - sweat memories. Then political uncertainty has taken its force in DRC over the project and we visited the story again only a few times. We are writing here mostly about the companies we are interested in and which we own or have owned before as our investment. We never give any investment advise here - only share our journey and travel notes with you. You have to decide always by yourself: what and when to buy, sell or just enjoy the scenery we are writing about. Always consult with qualified financial adviser, who shares you views and investment goals....